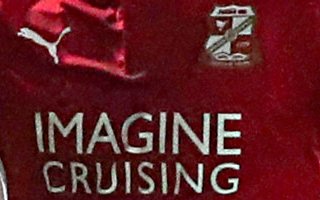 Following his performances over the month of February in League Two, Swindon Town’s Marc Richards finds himself shortlisted this time around.

Scan down for the shortlist and to vote!

February provided another gripping chapter to the League Two story this season as we went from the closing of the transfer window towards the business end of the campaign.

With just a couple of months left in the year, February provided the chance for sides to set-up a platform for a late play-off surge, title challenge or relegation escape and Carlisle United certainly provided the former.

The men from Cumbria moved into the top ten after a superb run of form and they’ll be looking to keep that up until May now.

Meanwhile, Forest Green enjoyed a strong month as they moved that little bit closer to safety with the likes of Grimsby plummeting the other way in the table.

Finally, Accrington Stanley went on a scintillating run to keep their title challenge alive and so now, as we plunge deeper into March, it’s time to take a look at the nominees for the Fans’ Player of the Month award for League Two…

Marc Richards
Swindon Town had a bit of a difficult month that saw them win two, draw one and lose three. However, Richards had a great few weeks on a personal level as he registered as the top scorer for the month with five goals in six games.

Kayden Jackson
As mentioned, Accrington Stanley had a superb month as they went unbeaten and chalked up five wins. Jackson was pivotal in earning those points, too, as he scored in wins over Cambridge, Crewe and Swindon to keep Stanley well in the title mix.

Alex Nicholls
Barnet are up against it at the moment in order to stay in the league but in Alex Nicholls they have someone who could get them to safety. He scored three vital goals in wins coming over Notts County and Colchester United and a draw being earned against Accrington Stanley.

Jamie Devitt
Carlisle started working up some momentum during February as they broke into the top ten and earned ten points in the process. Jamie Devitt was perhaps the leader of the charge, too, as he scored in four of the six games the Cumbrians played in the month.

Farrend Rawson
Forest Green gave themselves a great chance of staying up in February. Rawson earned himself a goal as the men from the Cotswolds beat the likes of play-off challenging Coventry City and Crawley Town in the process.

Alfie Potter
Mansfield may have changed manager recently but before Steve Evans left they were on great form as they continued their play-off challenge and Alfie Potter was integral to that. The midfielder hit a hat-trick as Mansfield trounced Newport County 5-0 in February.

Vital Football announced previously that this season we will be assisting in giving fans the opportunity to vote in The PFA Bristol Street Motors Fans’ Player of the Month Awards.

With the aim of giving more fans across the UK the opportunity to recognise the best performing player each month, across all four professional tiers, Vital Football will be hosting the voting widget (technical term) moving forward and you will find that below this piece, and you can place your vote for the player you think is most deserving (it’ll be your player – let’s be honest!).

The winner will be announced following the closure of the voting window.